Venezuela: The Face of Poverty

The hardships of the complex humanitarian emergency that have beaten Venezuela while Nicolás Maduro holds the reins of the State have been growing stronger by the day. Poverty has come to stay at Venezuelan homes and its eviction seems utopic.

This is reflected by the National Survey of Living Conditions (ENCOVI for its acronym in Spanish) published by the Andrés Bello Catholic University. Lack of official records on the social and economic realities of this country have turned this survey over time into a statistical beacon.

The 2019-2020 edition results are dramatic. It is estimated that 96.3% households in Venezuela live on income poverty. Poor food consumption is a trend that continues to grow as only 3% of the population is food secure. The Venezuelan crisis has wiped out social class distinctions altogether. As such, multidimensional poverty has grown from 51% in 2018 to 64.8% in 2019.

These are not cold numbers, merely the reality behind more than 30,000 testimonies taken by hundreds of pollsters who visited more than 10,000 households across Venezuela. These are the voices of the survey takers who stared at the post cards of a country and found that 79.3% of its people do not have enough money to pay for basic goods. Where at least 1 in every 4 homes suffers from severe food insecurity and where 639,000 children under the age of 5 suffer from chronic malnutrition.

Data is always a cause for concern but it takes on new meaning when someone tells the story behind it. This report contains the accounts of those people who spent months staring directly at the face of poverty, listening to every sobbing mother who confessed she had nothing to feed her children with.

The 2019-2020 ENCOVI survey was drawn up by every door that was opened to the pollsters, including those in remote and rural places. With every visit came a new story. With luck, the following interview would be less depressing than the one before.

Visit the special report hereo by clicking the image: 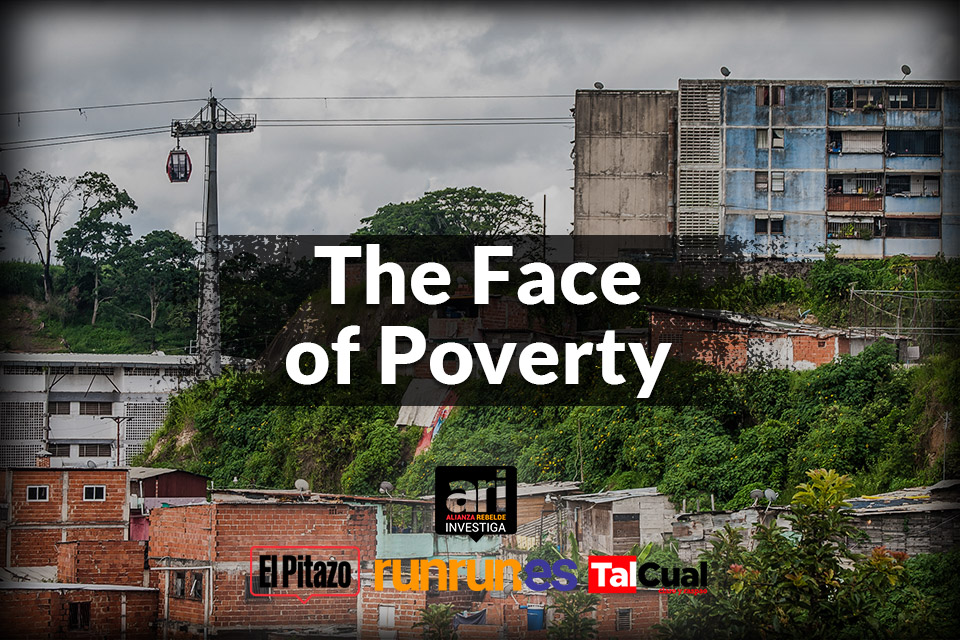